Tom Dean is Shaving it All Back! 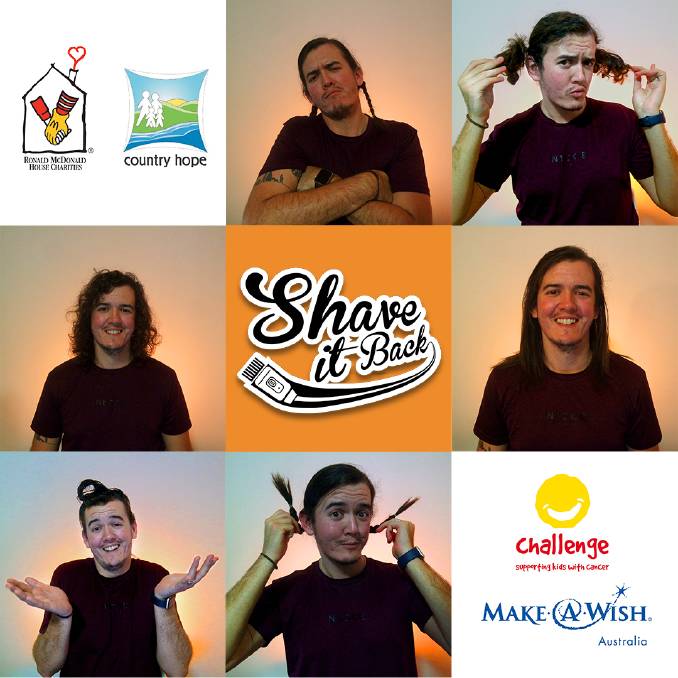 Living with a child with cancer is an unfathomable experience that poses a series of challenges for the entire family. However, for rural families, their journey with cancer and treatment faces another dimension of difficulty – a difficulty of separation.

For Challenge member Tom Dean and his family, this is a struggle they unfortunately came to understand very well. Challenge and the Dean family’s journeys first crossed paths when in early 2008, Tom and his family received the devastating news that he had been diagnosed with Stage 4 Hodgkin’s Lymphoma. In that moment, the Dean family’s life turned upside down as they readied themselves to face the multifaceted battle of cancer and treatment.

At first the prospect seemed daunting for Tom and his family; there were so many questions that they just simply couldn’t find the answers for. Obviously, Tom’s health was their utmost priority and so for them they sought nothing less than the best doctors. This, however, meant a move from home in rural NSW to the big city of Melbourne. Fighting cancer in itself is hard and requires support from all ends whether it be family or friends; so, to endure the hardships of treatment away from the comfort and strength of loved ones at home, Tom’s journey almost seemed insurmountable. But battles like these are never fought alone and this is WHERE and HOW Challenge helped.

Challenge provided Tom with an identity outside of his cancer – an opportunity to be whomever he chose and put his mind at ease, away from all the turmoil of treatment and even being a teenager running wild with crazy hormones. Challenge gave Tom the opportunity to break cancer’s mould of isolation and instead offered him the freedom to be the quirky, adventurous and fun adolescent he was entitled to be, regardless of the malfunctioning cells in his body that tried their best to strip him of his character, but fortunately, to no avail!

Now, at 25 years of age, Tom has decided to reciprocate the support he and his family were provided by shaving it all back! That’s right, Tom has decided to shave his head of those gorgeous locks in an effort to raise funds not only for Challenge, but three other worthwhile charities close to his heart.

So, this Thursday the 19th of April at 7.30pm, Tom will live stream his head being shaved for the world to see and we encourage you all to get on board and support Tom’s inspiring initiative.

The power of giving back is priceless and should never be underestimated. You are an absolute legend, Tom, and we thank you so much for choosing to support Challenge!