Meet the Man Behind Leuk the Duck 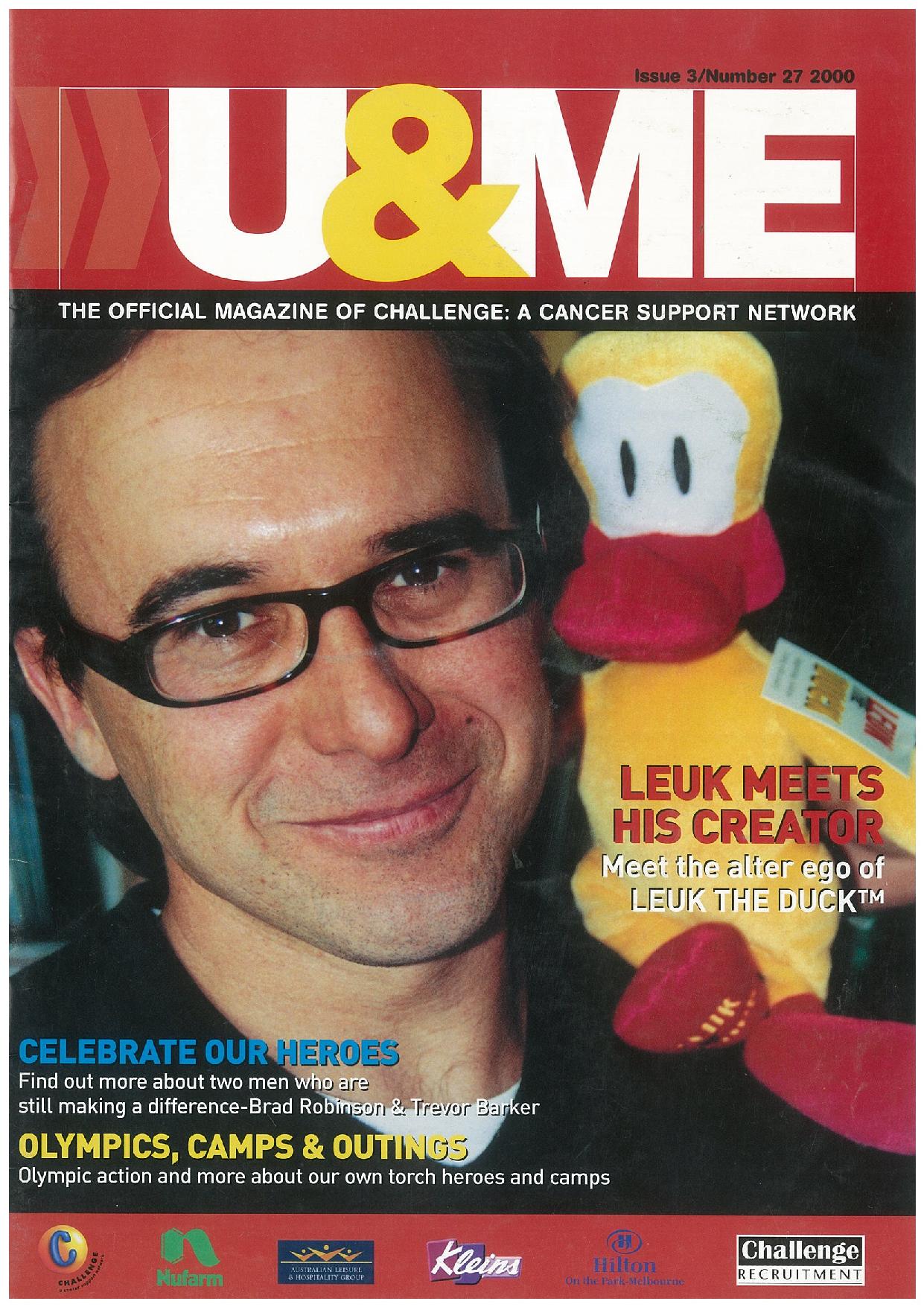 Meet the man behind our mascot Leuk the Duck – Australian and world-renowned cartoonist, Mark Knight.

The story dates all the way back to 1990 when CEO, David Rogers, approached Mark to ask if he would be interested in creating a symbol or character, which embodied who Challenge is as an organisation. Without hesitation, Mark agreed and began sketching some designs.

It was Mark’s idea that Leuk be a duck for a couple of reasons. The first reason being that he liked ducks (and still does!). In fact, Leuk was a doodle Mark would often draw throughout the mid-80s – even before becoming involved with Challenge. In his early days, Mark drew cartoons for a merchant bank investor report and, as a joke, he included a regular feature of what he described as a “weird little duck” – the bankers apparently loved it too!

The principal reason, however, for choosing a duck was due to Mark’s feeling that ducks by nature were very resilient creatures that best personified the strength and courage displayed by children living with cancer.

There’s a reason why people use the phrase “like water off a duck’s back” and it is not just because ducks have waterproof feathers! Ducks might appear cuddly and cute on the outside, but on the inside, they are built of courage and grit. Throughout the harsh and cold conditions of winter, ducks will typically fly south to seek the refuge of warmth and food. The journey for these ducks is certainly no easy feat with inevitable challenges faced along the way. Some ducks will make it through the winter, while others might not. But for every southward flight these ducks make, they carry with them the message of guts and determination – much like the children that make up our Challenge community.

Leuk is more than a mascot for our Challenge members – he is their champion. He is the person (or duck, we should say) who can tell their story and represent their needs.

Leuk is the friend every child living with cancer needs and is the spirit of our organisation. Without Mark’s creative talent, Leuk would not be the important figure he is today.