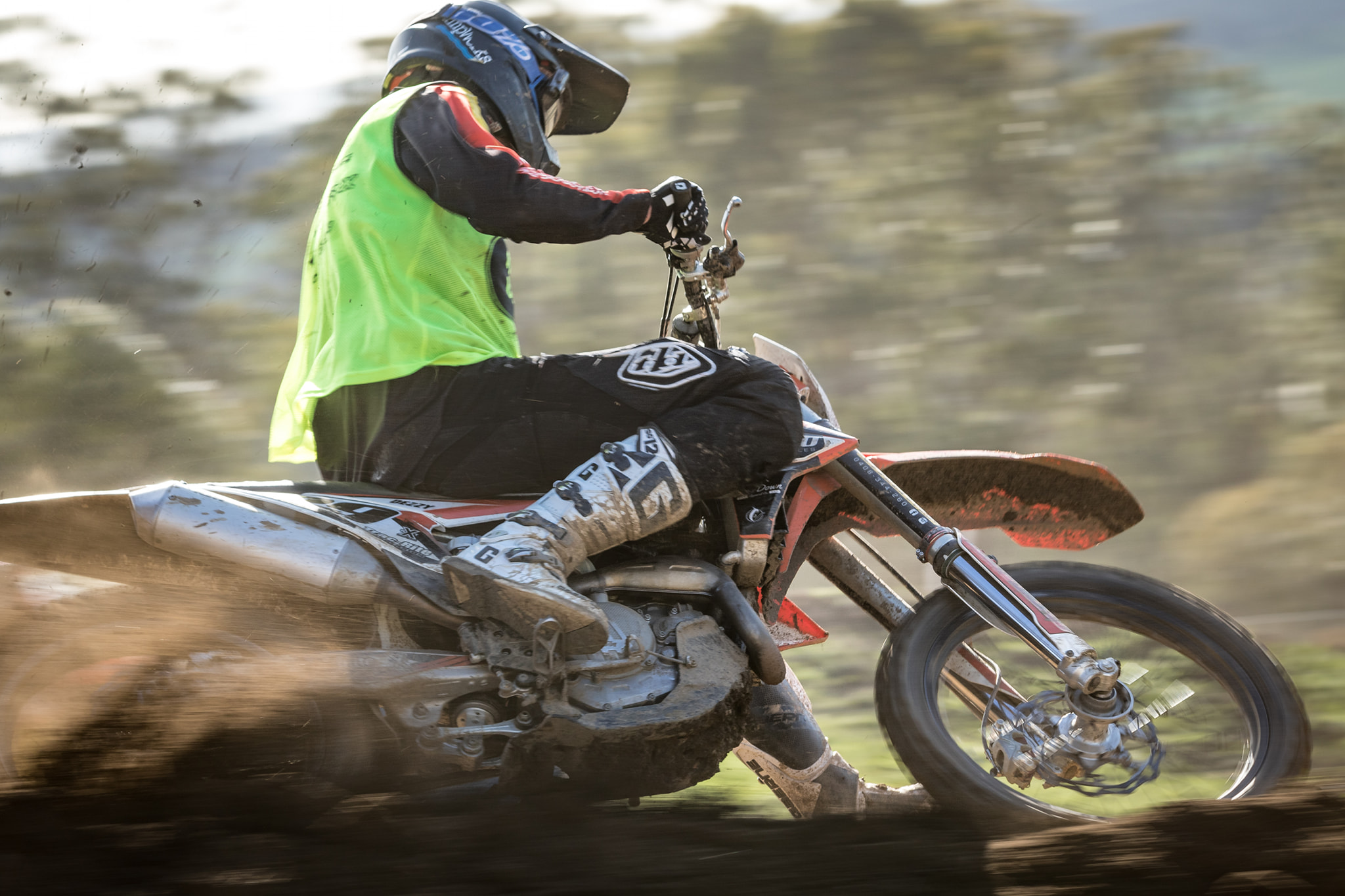 What began as a small and humble group of motocross enthusiasts wanting to raise funds for kids living with cancer has now evolved to become one of the biggest motocross events on the calendar.

In 2002, I don’t think Matt Manning and the people involved in Ride4Kids would ever have thought that this FUN-draising event would evolve to be the amazing success it is today.

Matt first became involved with Challenge when his son, Oscar, was diagnosed with cancer in 2001. Matt was so astounded and appreciative of the support Challenge was able to provide him and his family, that he wanted to somehow give back.  Having always had a keen interested in motocross, Matt worked with Challenge to create Ride4Kids.

In 2004, the Ride4Kids team was further strengthened by the recruitment of Craig Gathercole. Like Oscar, in 2004 Craig’s son, Thomas, was diagnosed with cancer. Both Craig and Thomas were motorbike fanatics and it didn’t take long for Craig to get involved. Craig assisted in the organisation and running of this event, using his network to help expand the event’s reach in the wider community. Unfortunately, Thomas passed away in 2006, but the Gathercole family continue to honour their son’s memory in many ways – Ride4Kids being one of them.

17 years later, both Matt and Craig still work tirelessly every year to make Ride4Kids possible along with the support of all the event’s sponsors – particularly  KTM Australia,  Peter Stevens Motorcycles, Monza Imports, O’Neal and Scott Goggles, who have been there from the very beginning.

Ride4Kids is a one-of-a-kind event, which allows motocross enthusiasts the opportunity to enjoy riding with some of the best riders in Australia as well as the chance to challenge themselves on a professional track.

Over the years, Ride4Kids has welcomed some of the biggest MX riders in the industry including Toby Price, Cheyne Boyd, Cam Taylor, Shannon Johnson, Yarrive Konsky, the late Andrew McFarlane and the latest crops of superstars – Daniel (Chucky) Sanders, Lyndon Snodgrass, and Jack Simpson.

But Ride4Kids isn’t about the race or the ride, it’s about supporting kids living with cancer and their families. Of course, fun is an integral part of the day and what helps makes the event a huge success; but the heart of this event is its cause. People rally together not to compete or show-off their talent, but to support a cause they believe in. It is a hugely unique and special event, which Challenge always holds close to its heart.

Over its 17 years, Ride4Kids has raised more than $850,000 for Challenge, which is a credit to every individual and organisation involved in this event.

This year, we saw more than 175 riders from all over Victoria go full throttle and the atmosphere was incredible. It was a dusty and loud day as riders of all ages and abilities tore up the track, roaring their engines for all of Broadford to hear.

A more recent addition to the event is the Vincent Chiodo Cup, which has attracted some of Australia’s best riders since its inception in 2016. Riders that participate in the competition have the chance to win from a prize pool of $10,000 and most importantly, win the coveted Vincent Chiodo Cup.

It was a fierce competition in 2019 as our racers cut through light, shadow and dust, but there could only be one winner. Chucky went back-to-back to claim the Vincent Chiodo Cup for the second year in a row. Following our winner, was Lyndon Snodgrass in 2nd place, Morgan Foggarty in 3rd place, Jack Simpson coming in 4th and Jake Henderson securing 5th place – well done, boys!

The Vincent Chiodo Cup also welcomed its first female competitor, Lauren Dunstan, who put on a stellar performance and we hope she makes a return in 2020.

Thank you to everyone who registered for Ride4Kids and raised funds for Challenge – your support will make a huge difference to the lives of our families. Congratulations to our top fundraiser, nine-year-old Nate Waldie, who raised more than $8,000 winning a KTM 85cc bike. There was also a second KTM 85cc bike up for grabs in the raffle, which included anyone who raised over $300. The lucky fundraiser to win the second bike was Lachie Clowes.

We are overwhelmed by the enormous support we received for our 2019 Ride4Kids event. Everyone pitched in at the pits and helped make this event the great success that it was. Ride4Kids would not be possible without all our sponsors –  KTM Australia, Peter Stevens Motorcycles, the Vincent Chiodo Charitable Foundation, Monza Imports, O’Neal, Scott Goggles, Specialized Bicycles, Force Accessories, Waldie Transport, Diamond Valley Cranes, Diamond Valley Motorcycle Club, Melbourne Sea-Doo & Can-Am, CTi Knee Braces, Motorcycling Victoria, the Maben Team – and volunteers. Thank you all very much!

One more big thanks to Kane O’Rourke Photography, who captured some phenomenal shots from the event.

We hope everyone enjoyed the day and hopefully we will see you back in 2020!