Age Is Just A Number! 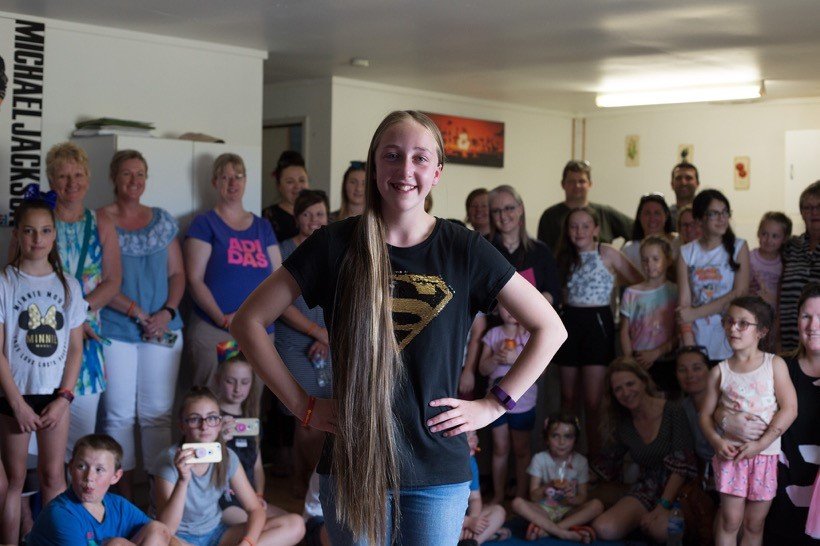 At the meagre age of four, Monique was inspired to make a difference when she was watching the TV broadcast of the Good Friday Appeal and she noticed a little girl, who had no hair. Puzzled by this observation, she sought the wisdom of her mother, Mandy. It was only then that Monique first became aware of one of earth’s greatest injustices – cancer.

From that point onwards, Monique decided to take a stance on cancer. Whilst she knew she couldn’t find a cure (at least for now!), she knew that she could try to make things easier and she saw no better way than sharing her stunning, blonde locks to make a wig for someone else living with cancer. And so, she grew her hair until she had a solid 40cm to snip off and then handed it all over to her wig recipient, Kaitlyn.

Monique and her family were so proud of what she had done; they were proud that they were able to give a girl like Kaitlyn, the chance to feel ‘normal’ as she could finally feel the wind catch her hair again. Though the experience was emotional, it was the support of her incredible family that made it one of her most special and treasured memories. In fact, Monique was so humbled and amazed by the difference that she had made, that four years later, she has decided to do it again.

Last week, Monique cut off a staggering 58cm of hair, which will now be transformed into a wig that she will gift to another patient living with cancer. In addition to donating her hair, Monique also sought to raise funds to cover the costs of producing the wig. Monique researched a lot of charities and aimed to choose a charity that she thought best reflected her intention of making life a little brighter for families going through cancer; this charity just so happened to be Challenge.

The entire Challenge team feels truly honoured to be selected by such an amazing and inspirational girl. Her compassion and selflessness are a huge testament to the person she is and the places she will go in her life. The difference she has already made is enormous and the world is a better place for having someone like Monique in it.

We wanted to share Monique’s story because not only is it one that is truly heart-warming amidst all the chaos that we see in the news and media, but it also sends a strong message. It shows us that every single person has the power to make a difference, we just need the tenacity and commitment, personified in Monique, to make it happen.

Thank you for everything, Monique! Your support will go a long way in giving families living with cancer a reason to smile 😊