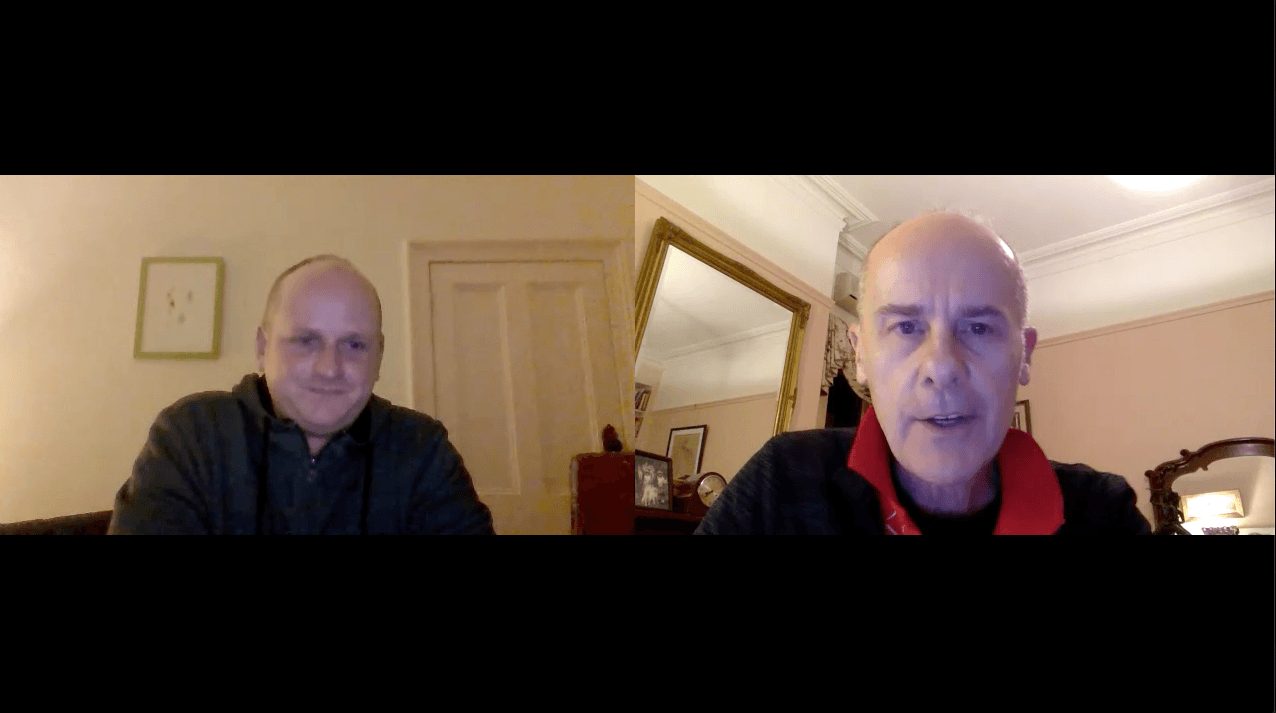 When our Chairman Tom Gleisner first became involved with Challenge, he used to write a regular column in our Challenge magazine. This column was an ongoing series in which an unwitting Challenge member went under the microscope with our Chairman (also known as Tommy G from the D-Generation) for an exclusive interview. In 1995, one of those interviews was with a young man named Andrew Thornhill.

Andrew is now a botanist, living and working in Adelaide. Twenty-five years after their interview, Andrew reached out to Tom for a catch-up.

T: First up Andrew, I’ve got to ask – how did you manage to track me down?

A: Well, I was sitting waiting by my telephone waiting for you to call me for all these years. Then landlines were phased out and I had to come up with another plan. One of Challenge’s Board Members George is married to Effie, who was my first hairdresser. That’s how I found you in the end.

T: Well done. For those who might not remember, take us back to when we first met in 1995.

A: I had been diagnosed with Osteosarcoma – a bone tumour in my leg. The day we did that interview I was in isolation (just like now!) because I was in the middle of having chemo. I had also recently undergone a major operation.

T: Tell us about that operation…

A: My orthopaedic surgeon (who I nicknamed “Chopper”) said I needed to have my leg amputated (don’t tell him I called him that ok?.. he may come back to finish the job). But my oncologist had heard about an alternative treatment that had been done in the USA and he convinced me and the orthopaedic surgeon that this is what should be done.

T: And what did that involve?

A: The surgeons cut out the cancer in my leg, two centimetres at a time. After each stage the tissue would be sent to the lab upstairs in the old Royal Children’s Hospital and analysed. If cancer cells were still present then they would make another cut. This process went on for 11 hours until the lab gave the “all clear”, at which point they cut another two centimetres – just to be sure – and sewed me up. Oh, they also did a knee replacement.

T: And is it true that this surgery had never been done anywhere before?

A: Correct. It was so special that they wrote my operation up in a medical journal and I am the only botanist in the world to feature in a scientific journal without any pants on.

T: Well done. So, what happened after surgery?

A: I started chemo again about a month after surgery, around the same time that you first interviewed me, and had completed 16 treatments that finished on November 11th, 1995. After chemo I had to learn to walk again so that involved a lot of physio and rehab. I didn’t get off crutches until May the following year. By this stage I was going to Monash University and really had no choice but to learn how to walk. Unfortunately, I was in a serious car accident four years later and smashed both my legs very badly. So I had to learn to walk again, again.

T: And what about check-ups?

A: After I finished chemo I had to have check-ups every two or three months at outpatients in the RCH. A lot of lung x-rays. After about two years my doctor, Professor Ekert, said I looked “too healthy”, and that he “never wanted to see me again”. He assured me that I now had as much chance of getting cancer as anyone else.

T: So, no more visits to the Royal Children’s Hospital?

A: No. Although I was asked back to the RCH last year as part of a study. They wanted to measure my walking and find out a bit about my long term recovery.

T: What did you think of the new-look hospital?

A: Amazing. I love the fish tank there. You wouldn’t ever want to leave. But you should never want to stay there in the first place if you can help it!

T: So after you graduated, what happened?

A: I finished a Masters degree in botany at Monash, moved to Canberra and did a PhD in botany at ANU. Then I worked at JCU Cairns and UC Berkeley (California) before moving to Adelaide to work for the botanic gardens, where I am currently trying to become a leading authority on moss, as well as doing a bit of teaching at Adelaide Uni.

T: If you remember, we used to end interviews by asking for advice. What advice would you give any of our Challenge kids undergoing treatment right now?

A: Remember there’s always hope, so don’t ever give up. Once you are finished your treatment and the doctor says that they never want to see you again, then make sure you make the best of your life. You have been put through one of the worst things that someone can ever go through, so don’t waste that effort. Look at me, I’ve grown old and got to lose my hair – again! Oh, and by the end of treatment if you think you might want to become a doctor, then you probably should! You have had more on-the-job training than most first-year medical students will ever experience.