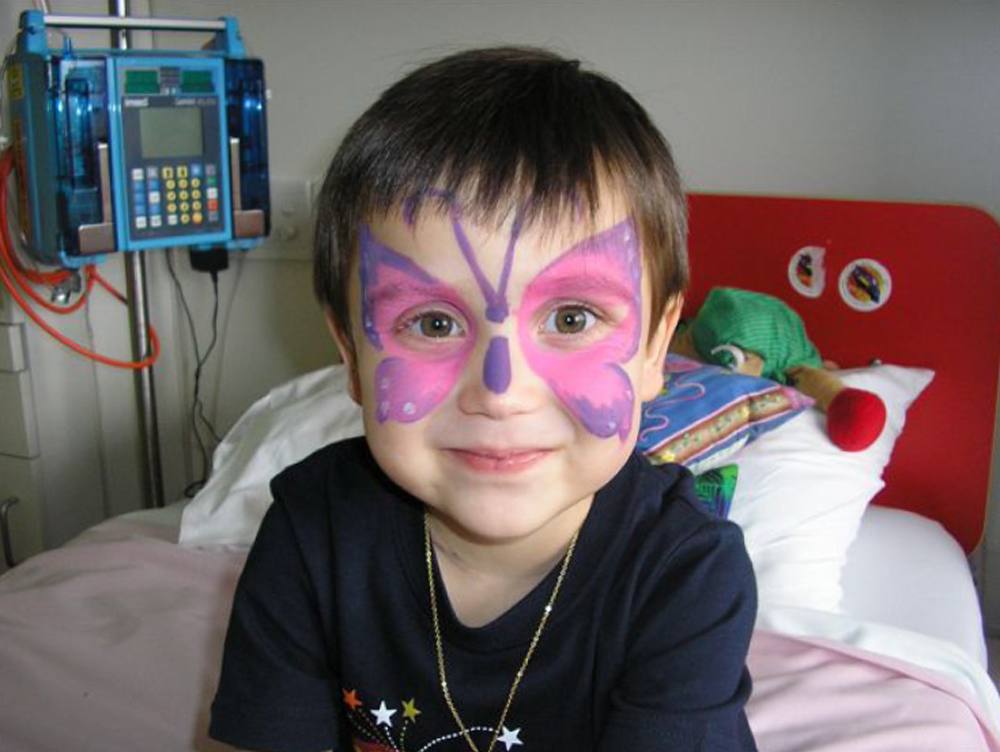 I have always been a firm believer that all things happen for a reason and still believe this even after everything my family has been through. We’ve had a long history of living with cancer, and we are survivors. Here is our story.

In 1986, I was 15-years-old and discovered a small lump at the base of my neck. After initially being told I had Glandular Fever, I was referred to a specialist at the Austin hospital when another lump appeared at the back of my throat. I was immediately sent to the Children’s and I was diagnosed with Hodgkin’s Lymphoma. Back then, cancer was never spoken about as it is today, and I felt very alone. I had no idea of what lay ahead for me, and the only thing I knew was that people with cancer lost their hair. As a self-conscious teenager, I must admit it was a huge shock to come to terms with, along with the diagnosis itself.

My parents did what parents do; they blamed themselves for my illness. My mum however, was a tower of strength and became my saviour. In those days the facilities in hospitals were very different to what they are now, so my mum stayed with me every day and night that I was in hospital, sleeping on the floor or in a plastic chair beside my bed, even though parents were not really allowed to stay. This went on for 6 months until I was in remission. The main thing I remember about this time was that the Pope came to Melbourne when I was in hospital, and Mum told me he came to see me, to bless me, to save me!! I believed her!!

When I had been in remission for 8 months my dad was diagnosed with Bowel Cancer. Mum was obviously devastated, fearing that she would be left alone with 3 teenagers. She would go back and forth with me to the Children’s and then take dad to St Vincent’s. This was a very hard time for the whole family, but thankfully my dad got through it and he too is a cancer survivor.

The next 8 years went by with regular checks ups and scans at the hospital, and when I met my future husband Fab and we started asking about my chances of having kids, it became real that I might not be able to become a mum.

Five-and-a half years later, in 2000, my husband Fab and I discovered that we had “accidentally” fallen pregnant. To our delight we were in fact going to be parents after all and in June 2001, Jordan was born. Soon after, we again fell pregnant and were ecstatic. We both knew then that the chemo had had no effect on my ability to have kids, and when our precious Oskar was born in March 2003 we couldn’t have been happier.

The next 8 months flew by with a flurry of activities that go with having 2 boys 19 months apart. I had been feeling very tired and had dropped some much hated weight, had been having night sweats and lack of energy. A routine check up turned into a nightmare, when I discovered a lump in my neck, in the exact same place I had discovered a lump when I was 15 years old. My heart stopped, I panicked and I had a very strong gut feeling about what was wrong.

On Christmas Eve 2003, I was told my Hodgkin’s Lymphoma had returned a whole 17 years later and my family was devastated. When I started my first course of chemo, Oskar was only 8 months and Jordan was 2 and a half years old.

The chemo this time around was different. I knew what to expect which was the easy part; I knew I would lose my hair, I knew how susceptible to infection I would be, I knew how I would feel, but I didn’t know how hard it would be to go through this with my two babies. My husband became my saviour this time; he took over and became mummy and daddy all in one. My family was fantastic and I realised how much support is needed from everyone around you. Once I got my head around what was ahead of me I knew I would get through this and used the kids and Fab as my inspiration to fight it. Five years have now passed and I’m still in remission; I am a survivor.

How could this be happening to us?

In August 2006, everything was going great, our lives had slowly returned to normal until one day when Oskar was 3 and a half years old and complained of a sore tummy. After several weeks I discovered a small lump on his tummy which came and went. Some tests were run and we were told that Oskar had a bowel interception, meaning that part of the bowel was telescoping into another part of the bowel. Not only was this found but also a small shadow appeared in Oskar’s right kidney, which puzzled everyone. From here we went to the Children’s and in absolute shock we waited for our precious boy to have his first major surgery.

Two days after the surgery I was told that the bowel interception was caused by a tumor growing in part of the bowel and that the spot in the kidney was also another tumor. Oskar was diagnosed with stage 3 Burkett’s Lymphoma.

I was so sick I couldn’t speak, I couldn’t blink or cry. I was on my own when I was told and it felt like a terrible dream. When the surgeon left the room, a wave of emotion went through me and I found the courage to ring Fab. I was crying so much that all I could say was “you have to come here now, Oskar has cancer”. Then I heard the tears and the panic in Fab’s voice and I instantly knew I should not have told him that way. How do you cope with that sort of news? How could this be happening to us?

I felt the guilt that my mother must have felt, thinking the cancer must have come from me. I was so unsure of where this would go and I knew firsthand how much of a fight Oskar had on his hands.

Oskar’s treatment was very hard and the side effects were so much worse than mine ever were. Watching my son go through this was the hardest thing I have ever endured. To know what was happening, to know how he was feeling, was surreal.

We learnt to become doctors, pharmacists, nurses, nutritionists … everything. The amount of information is overwhelming and something you wish you didn’t have to know. Oskar went from a cute extroverted child to a frail, quiet and introverted little boy. He didn’t like to see himself in the mirror and would hide behind me when he knew people were staring. He developed a very strong stutter in his speech, which had been so clear, fluent and articulate before the diagnosis.

Picking up the pieces

Only now do I feel like we are starting to pick up all the pieces from the past 2 years of Oskar’s treatment. Oskar has grown into a very confident and cheeky little boy, which is the best indicator of how he is really feeling- very well. The complaints are few if any, his legs and joints do not hurt anymore, he can walk longer distances and generally does not complain. Oskar is now in remission and has been for 2 years.

People ask me over and over again “How do you do it? How do you deal with cancer and then deal with your child having cancer?” I always say the same thing, “Did I have a choice? What was the alternative?” I think back on all that we have endured and believe we are better for it, stronger for it and certainly are a much closer family. I believe we are the lucky ones and every time I think I am having a bad day, I think of our journey and realise that we are actually doing ok now.

We have no doubt in our minds that Oskar will remain cancer free, that I will remain cancer free and that the cancer journey for this family is now really over. Fab and I finally decided to have a 3rd child and our gorgeous little girl Alessiah, is now 14 months old and has the fighting spirit of her family. We know that her birth marks the beginning of the next phase in our lives.

What Challenge means to us

Challenge has been part of my life for 17 years. I remember the newsletters on paper coming to me and I remember seeing them in the hospital.

As a mother, Challenge now means happiness, support and freedom. Both my boys jump with glee what a letter arrives in the post marked for them. The camps, the activities, everything we are offered is an absolute joy, and in fact our 3rd child was the result of both our kids attending a Junior Camp!!

Thanks Challenge – you are the saviours in a parents world.