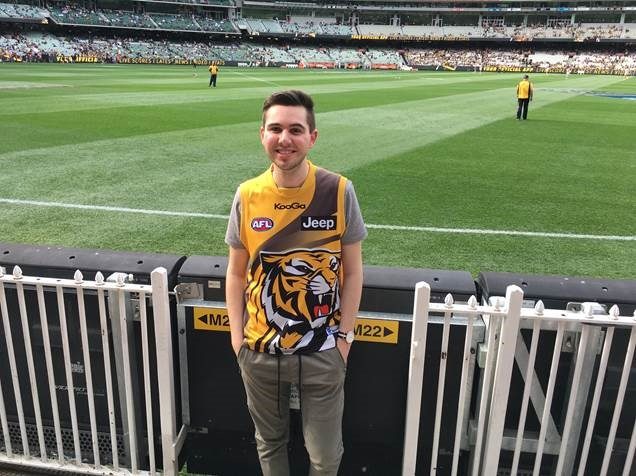 For year 12 students across Australia, December is always a nervous month as they await to receive their ATAR. Naturally, the whole ordeal can be quite daunting; it is the culmination of 13 years of hard work and determination summarised into one number.

And so last week when more than 50,000 students across Victoria received their results, there was a mixture of emotions: some may have been disappointed whilst others may have been surprised and elated. However, for Challenge member Dylan Company, he fortunately formed part of the latter group to emerge as one of the Class of 2017’s brightest stars!

Having been diagnosed with Hepatosplenic T-cell lymphoma in 2015, Dylan completed his VCE over three years with much of those three years spent at the Royal Children’s Hospital. It would have been easy for Dylan to use his illness as a reason to be excused from his studies – and rightly so – but he did not.

Instead Dylan – being the persistent and hardworking individual he is – decided to kill two birds with one stone and took on both the beasts of cancer and VCE simultaneously. The fight wasn’t easy and undoubtedly featured both its ups and downs, but with Dylan’s unwavering determination, he came out emphatically victorious!

We feel extremely proud to hear that Dylan achieved an astounding ATAR of 97.05 with scores over 40 in every subject. Dylan now hopes to study a Bachelor of Biomedicine at the University of Melbourne where he also intends to eventually train as a doctor.

For both Dylan and his family, this is an incredible feat and one that they should all feel incredibly proud of. It takes a pretty remarkable person to achieve and conquer what Dylan has and we at Challenge feel very fortunate to have met him.

To all the other VCE students out there, we hope you are all pleased with your results and if you’re not, remember that your ATAR does not define you nor your life. Doors will always open and shut, but with will and determination, as personified in Dylan, you are capable of anything you set your heart on!

Congratulations, Dylan, and we wish you all the best in your future endeavours!